Displays an object’s normal direction and allows you to change it.

The arrow color for the u and v directions
matches the construction plane x- and y-axis colors.

The draft angle
for surfaces displays on the status bar.

Reverses the u- or v-direction.

Note: Closed polysurfaces cannot have their normal direction facing toward the interior of the object. 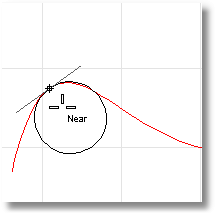 Analyzes the curvature at a point on a curve or surface.

If Yes, places a point object and the curvature circle or half circles at the evaluated point on a curve.

Gives permanent feedback when the radius of curvature is infinite (curvature is zero, the curve is locally flat, for example at inflection points where the curve bulge changes from one side to the other) and cannot be evaluated. This does not automate finding the inflection points, but it makes it possible to mark them manually. 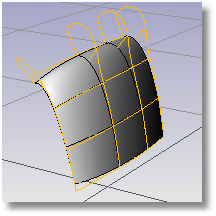 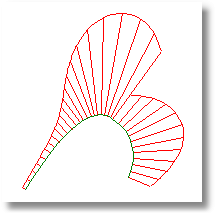 Even though the curve spans are tangent to one another, the curvature graph suddenly changes from one value to a different value. The spans of a degree 2 curve are G1, or tangent only. They are not curvature continuous
. 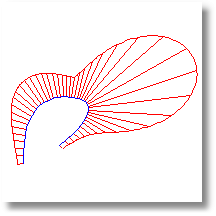 To better grasp this concept, play with the Curvature
command and observe the osculating circle as it travels along curves.

Sets the size of the graph hairs. Remember that the scale of the changes can be greatly exaggerated. The changes in curvature may be no thicker than a coat of paint. A Display scale setting of 100 means a 1:1 curvature scale.

Sets the number of graph hairs.

Displays surface hairs in the u- or v-direction only.

Turns off curvature graph display for curves and surfaces. 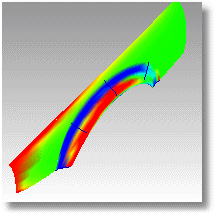 A positive Gaussian
curvature value means the surface is bowl-like. 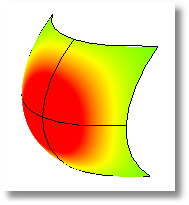 A negative value means the surface is saddle-like. 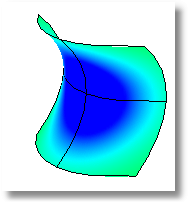 A zero value means the surface is flat in at least one direction. (Planes, cylinders, and cones have zero Gaussian curvature). 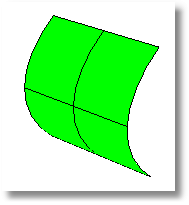 If you know the value range of the curvature you are interested in analyzing, type those values in the edit boxes next to the red and blue portions of the “rainbow.” The values you use for red should be different from the value you use for blue, but the value for red can be larger or smaller than the value for blue.

Displays the absolute value of the mean
curvature. It is useful for finding areas of abrupt change in the surface curvature.

This option is useful for flat spot detection. Set the value of blue to be rather high (10 >100 >1000) and of red to be close to infinity. Red areas in the model then indicate flat spots where the curvature is practically zero.

If you are going to offset a surface at distance r or are going to mill a surface with a cutting ball of radius r, then any place on the surface that “curves” with a radius smaller than r will cause trouble.

In the case of an offset, you’ll get a twisty mess that goes through itself. In the case of the mill, your cutting ball will remove material you want to keep.

In these cases you need to be able to answer the question, “Does this surface have any place where it bends too tightly?” The Min Radius option should help you answer this question.

You cannot offset/mill anywhere on the surface that is red. Blue areas should be safe. However, you should view areas from green to red with suspicion.

Using false color
mapping, the CurvatureAnalysis command analyzes surface curvature. You have to map values to saturated computer colors. As a starting point, use Auto Range and then adjust the values to be symmetric but with magnitudes comparable to those selected by Auto Range.

The CurvatureAnalysis command attempts to remember the settings you used the last time you analyzed a surface. If you have dramatically changed the geometry of a surface or have switched to a new surface, these values may not be appropriate. In this case, you can use Auto Range to automatically compute a curvature value to color mapping that will result in a good color distribution.

Choose this option if you want the maximum curvature to map to red and the minimum curvature mapped to blue. On surfaces with extreme curvature variation, this may result in a rather uninformative image.

To understand Gaussian curvature of a point on a surface, you must first know what the curvature of curve is.

If we look at all directions in the tangent plane to the surface at our point, and we compute the normal section curvature in all these directions, then there will be a maximum value and a minimum value.

The Mean curvature of a surface at a point is one half the sum of the principal curvatures at that point. Any point with zero mean curvature has negative or zero Gaussian curvature.

CMC surfaces have the same mean curvature everywhere on the surface.

Physical processes which can be modeled by CMC surfaces include the formation of soap bubbles, both free and attached to objects. A soap bubble, unlike a simple soap film, encloses a volume and exists in an equilibrium where slightly greater pressure inside the bubble is balanced by the area-minimizing forces of the bubble itself.

Minimal surfaces are the subset of CMC surfaces where the curvature is zero everywhere.

Physical processes which can be modeled by minimal surfaces include the formation of soap films spanning fixed objects, such as wire loops. A soap film is not distorted by air pressure (which is equal on both sides) and is free to minimize its area. This contrasts with a soap bubble, which encloses a fixed quantity of air and has unequal pressures on its inside and outside. 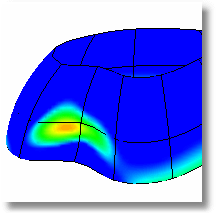 Maps stripes onto surfaces and meshes for analysis.

The Zebra command is one of a series of visual surface analysis commands. These commands use NURBS surface evaluation and rendering techniques to help you visually analyze surface smoothness, curvature, and other important properties.

If the stripes have kinks
or jump sideways as they cross the connection from one surface to the next, the surfaces touch, but have a kink or crease at the point where the zebra stripes jag. This indicates G0 (position only) continuity
between the surfaces. 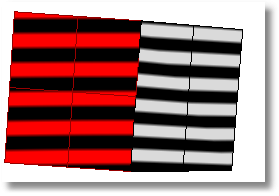 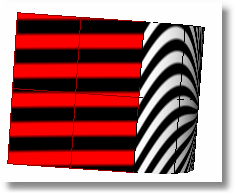 If the stripes match and continue smoothly over the connection, this means that the position, tangency, and curvature between the surfaces match. This matching indicates G2 (position + tangency + curvature) continuity
between the surfaces. Surfaces connected with the BlendSrf
, MatchSrf
, or NetworkSrf
commands display this behavior. When you use surface edges as part of the curve network, the NetworkSrf
options allow any of these connections. 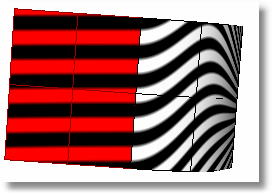 If, when you use the Zebra command, the selected objects do not already have a surface analysis mesh, an invisible mesh will be created based on the settings in the Polygon Mesh Options
dialog box.

Turns off Zebra analysis and closes the Zebra dialog box. 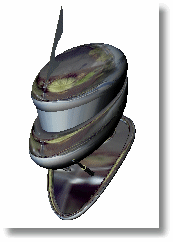 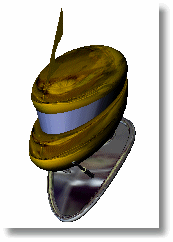 Images for environment mapping are created by photographing a reflective sphere in various environments.

Manipulating a flat image to be round using a paint program does not work, for this procedure doesn’t capture the whole environment. To better understand why, find something (anything) that’s reflective and look at the reflections carefully. A chrome toaster, or some other approximately spherical object, will aid your understanding especially well.

As you look into the center of the object you will see yourself. But as you look toward the edge of the object (where the surface normal is almost perpendicular to the direction you are looking) you will see that the reflected object is almost exactly behind the object you are looking at. The result is that a reflective sphere shows a distorted view of the entire scene around it – in front of, beside, and behind the sphere. All reflective objects do the same.

A photograph, on the other hand, shows only a small portion of what is in front of the camera, which is not even close to a 360 degree view. You can use a fish-eye lens to get a closer approximation, but you still only get a 180 degree view at best.

There are some software programs that will take a series of panoramic photos (take them by putting your camera on a tripod and rotating the camera until you get shots of everything around the camera) and combine them into a spherical map.